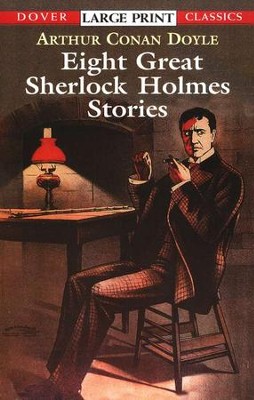 ▼▲
Arthur Conan Doyle was a prolific writer born in Scotland who started out as a medical doctor. While at the University of Edinburgh, he augmented his income by writing stories. His first Sherlock Holmes tale was published in 1887, introducing one of literature's best-loved detectives. Doyle has also written many works of history and science fiction, plus plays and poetry.

▼▲
I'm the author/artist and I want to review Eight Great Sherlock Holmes Stories, Large Print.
Back
Back