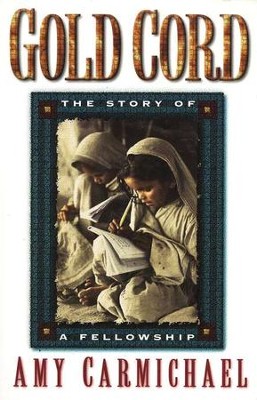 ▼▲
The Dohnavur Fellowhsip is a group of Indian and European men and women who work together in the South of India. Its friends wanted to know how it began and they asked for something that would link up the stories already written; the beads should be strung on some sort of cord, they said. Others asked for another kind of cord. "What holds you together?" they asked; and we answered "A gold cord." Then our publishers asked us for something; a religous document they called it. We knew that nothing so formal was likely to evolve, but one morning early, before the crush of the day, a quiet private word ended this ineffective unwillingness. And so, in scattered hours, the writing has been done, helped by the comradeship of the whole Fellowship, and the tireless patience of several who searched the dull typescript for slips, helped to correct the proofes, and made the index.

▼▲
The complete story of Dohnavur Fellowship from its beginning. Shows the loving heart of God at work in thirsting human hearts.

▼▲
I'm the author/artist and I want to review Gold Cord.
Back
Back