CHRISTMAS MEGA SALE: Save up to 85% off through 10/20 >
God of Wonders, Multi-Language DVD 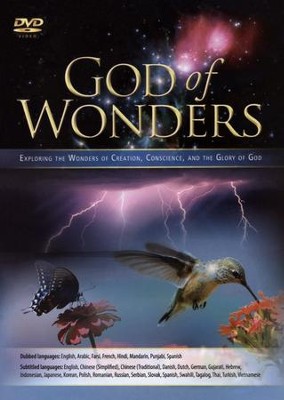 ▼▲
Embark on a breathtaking tour of God's handiwork! In this fascinating documentary, you'll explore what the Lord's creation reveals about his power, wisdom, justice, and love. Combining exquisite nature footage and scientific insights with Scripture, it examines the size of the universe, the symmetry of snow crystals, the complexity of DNA, and more. Features narration in multiple languages. Approx. 85 minutes.
Languages:

Q: What year was this released?

▼▲
I'm the author/artist and I want to review God of Wonders, Multi-Language DVD.
Back
×
Back
×