Skip to main content
SPRING CYBER EVENT STARTS NOW: And it's a really BIG deal! Up to 88% off through 5/24>
The Girl Who Could Breathe Under Water: A Novel
By: Erin Bartels
Stock No: WW738375 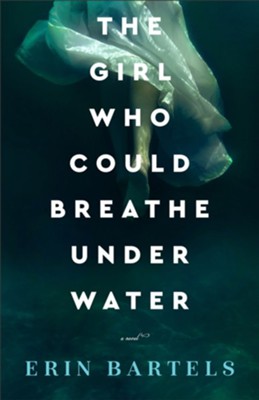 The Girl Who Could Breathe Under Water: A Novel

A letter sends Kendra Brennan back to her childhood summer lake house to prove her story is true. Delving into the murky past is the hardest thing she's ever had to do---and confronting Tyler, her ex-best friend's brother, only complicates the issue. Can she face the unforgivable consequences of her failed friendship?

Please note that the plot of this book includes sexual abuse and suicide and could be triggering to readers. Reader discretion is advised.

▼▲
"Emotions leap off the page in this deeply personal book . . . . Expertly written."--Library Journal

The best fiction simply tells the truth.
But the truth is never simple.

When novelist Kendra Brennan moves into her grandfather's old cabin on Hidden Lake, she has a problem and a plan. The problem? An inflammatory letter from A Very Disappointed Reader. The plan? To confront Tyler, her childhood best friend's brother--and the man who inspired the antagonist in her first book. If she can prove that she told the truth about what happened during those long-ago summers, perhaps she can put the letter's claims to rest and meet the swiftly approaching deadline for her next book.

But what she discovers as she delves into the murky past is not what she expected. While facing Tyler isn't easy, facing the consequences of her failed friendship with his sister, Cami, may be the hardest thing she's ever had to do.

Plumb the depths of the human heart with this emotional exploration of how a friendship dies, how we can face the unforgivable, and how even those who have been hurt can learn to love with abandon.


Praise for the novels of Erin Bartels

"Bartels proves herself a master wordsmith and storyteller."--Library Journal starred review of All That We Carried

"A deeply moving story of heartbreak, long-held secrets, and the bonds of family."--Publishers Weekly starred review of We Hope for Better Things

▼▲
Erin Bartels is the award-winning author of All That We Carried, 2020 Christy finalist The Words between Us, and We Hope for Better Things, a 2020 Michigan Notable Book, 2020 WFWA Star Award-winner, and 2019 Christy finalist. A publishing professional for twenty years, she lives in Lansing, Michigan, with her husband, Zachary, and their son. Find her online at www.erinbartels.com.

▼▲
I'm the author/artist and I want to review The Girl Who Could Breathe Under Water: A Novel.
Back
Back