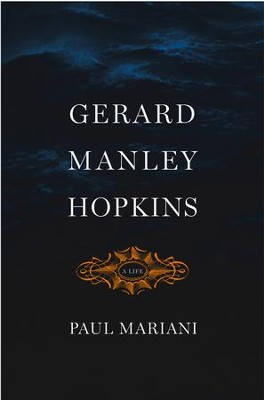 ▼▲
Chronologically moving through the years, days and locations of Gerar Manley Hopkins' life, this richly detailed biography examines his theology, life circumstances, poetry, friends, thoughts, and the numerous influences that played into his writings. A convert to Catholicism, and eventually a Jesuit and a priest, Hopkins initially felt he had to give up poetry-only to receive a renewed call to write later in life. 496 pages, indexed, hardcover with dust jacket.

▼▲
An insightful and inspirational biography of the heroic and spiritual poet.

Gerard Manley Hopkins (1844?1889) may well have been the most original and innovative poet writing in the English language during the nineteenth century. Yet his story of personal struggle, doubt, intense introspection, and inward heroism has never been told fully. As a Jesuit priest, Hopkins?s descent into loneliness and despair and his subsequent recovery are a remarkable and inspiring spiritual journey that will speak to many readers, regardless of their faith or philosophies.

Paul Mariani, an award-winning poet himself and author of a number of biographies of literary figures, brilliantly integrates Hopkins?s spiritual life and his literary life to create a rich and compelling portrait of a man whose work and life continue to speak to readers a century after his death.

▼▲
Paul Mariani, an award-winning poet, biographer of William Carlos Williams and Robert Lowell, and critic, holds a Chair in English at Boston College. A former professor of English at the University of Massachusetts, he has lectured widely across the country and lives in Montague, Massachusetts.

▼▲
"Few English poets can match Gerard Manley Hopkins for passionate expression of feeling and for inventiveness of form and language. Even fewer have his gift for distilling intense joy and religious feelings into luminous verse. A convert to Roman Catholicism, Hopkins eventually became a Jesuit priest. In Mariani, a poet and accomplished biographer of poets, the Victorian master has found his ideal biographer. The author’s profoundly empathetic understanding of his subject’s life and work—and of the milieus, secular and cloistered, in which he struggled to flourish—is apparent on every page of this exemplary work."-Atlantic Monthly

"A revealing portrait of a unique talent, a deeply religious artist who saw God’s wonder and mystery in all."-Kirkus Reviews

"The strength of this meticulous chronicle of the 19th-century Jesuit is the author’s focus on the inner life of a poet who was critically acclaimed after his death and almost unknown in his lifetime&hellip;fascinating. There is much to learn from this portrayal of an opinionated, often depressed yet likable priest-poet."-Publishers Weekly

"Mariani retraces a torturous spiritual journey with the same acumen that has won praise for his biographies of Lowell, Williams, and Berryman. Literary scholarship informed by rare passion."-Booklist

"Fantastic, absolutely first-rate; a true page-turner that superbly explains Hopkins’s conversion to Catholicism, his poetic genius, and his intellectual daring, while correcting earlier misconceptions that Hopkins was a failure as a Jesuit. With a novelist’s eye for the crucial detail, Paul Mariani has isolated the key moments in the life and constructed a narrative that gives evidence on every page that it was written not just from the head but from the heart."-Ron Hansen, author of Mariette in Ecstasy and Exiles

▼▲
I'm the author/artist and I want to review Gerard Manley Hopkins: A Life - eBook.
Back
×
Back
×