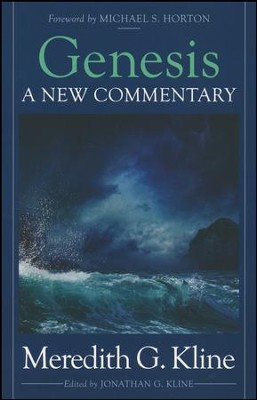 Now available for the first time from renown author, teacher and scholar Meredith G. Kline is a brief never-before-published commentary, Genesis: A New Commentary. This posthumously published commentary on Genesis was written just after the late scholar finished his magnum opus, Kingdom Prologue, and distills his mature views on the book of Genesis and, indeed, on Scripture as a whole.

Following an introduction that addresses the canonical function, literary-thematic framework, theological story, and authorship of Genesis, Kline separates the text into 10 structural divisions, offering insightful interpretation of each. The commentary has been edited by Kline's grandson Jonathan G. Kline and contains a foreword by Michael S. Horton. Genesis: A New Commentary will appeal to students, pastors, and laypeople who, like so many in the Reformed community, have admired or been transformed by Kline's teaching and writings.

▼▲
I'm the author/artist and I want to review Genesis: A New Commentary.
Back
×
Back
×