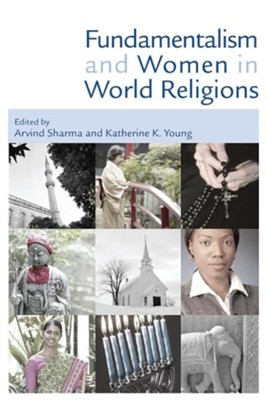 Fundamentalism and Women in World Religions

This collection of essays by internationally renowned women scholars both contests the notion of fundamentalism and attempts to find places where it might convege with women's roles in the various world's religions. The essayists explore fundamentalism as a system or method of limiting women's religious roles and examine the ways that women embrace certain aspects of fundamentalism. The essays cover Hinduism, Buddhism, Confuciansim, Islam, Judaism, and Christianity. The contributors investigate the ways that women "fight back" against fundamentalist conceptions of family, gender roles, doctrinal practices, ritual practices, and God or theistic constructs. The writers reassert and preserve their identities by challenging the static categories of fundamentalism. The essays contain deep and powerful explorations of the intersections of culture, religion, and feminism.

▼▲
I'm the author/artist and I want to review Fundamentalism and Women in World Religions.
Back
×