Skip to main content
SPRING CYBER SALE: The sale you've been waiting for! Up to 85% off through 5/25>
Full Life in Christ - eBook
By: Andrew Murray
Stock No: WW48856EB 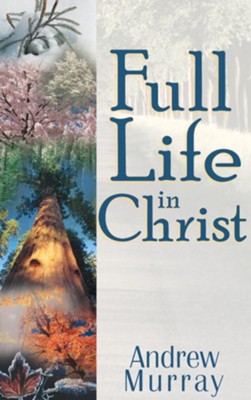 ▼▲
Experiencing abundant joy and dynamic power is possible for every Christian today. But first, we need to focus on the life and personality of Christ. Andrew Murray paints a portrait of the Son of God that will arouse your desire to be like Him. Depicted in these pages are many characteristics of Christ, including His compassion, His self-denial, His oneness with the Father, His prayer life, and His use of Scripture.
You will discover how you can have a full life in Him and how you, too, can reflect he life and love of Jesus in your daily walk.

▼▲
I'm the author/artist and I want to review Full Life in Christ - eBook.
Back
Back