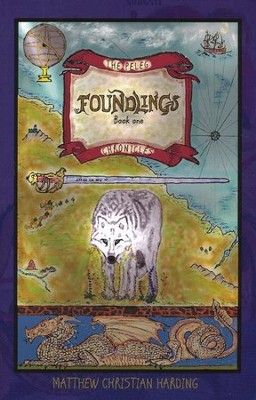 ▼▲
It was in the days of Peleg, when the world was divided. After the flood of Noah, after the tower of Babel and the dispersion, when men wondered where they upon the earth, and where their follows had gone to, when beats were more numerous than men-predators in the wood, in the water, and in the air. But men struggled and fought, carving their place. And in the process of time they once again began to multiply upon the face of the earth.

▼▲
I'm the author/artist and I want to review Foundlings.
Back
Back