Skip to main content
CYBER MONDAY IS HERE! Shop savings up to 88%. >
Flirting with Universalism: Resolving the Problem of an Eternal Hell - eBook
By: Dennis Jensen
Stock No: WW110292EB 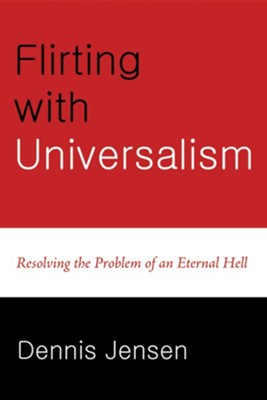 Flirting with Universalism: Resolving the Problem of an Eternal Hell - eBook

▼▲
It's likely the most difficult problem in the Christian faith. It was a major reason that Bertrand Russell, John Stuart Mill, and countless others rejected Christianity. It was an ax that began to chip away at Charles Darwin's early faith. How could he accept that his closest relatives and loved ones would be spending an eternity in agonizing torment? Yet the Christian doctrine of an everlasting hell has turned out to be a completely unnecessary problem. A close examination of the Bible rejects any form of universalism that trivializes personal obligations to God or denies the possibility of permanent condemnation. Yet Christians can fully affirm the goodness, justice, and love of God. They have no reason to believe in a never-ending hell of excruciating suffering. This study reviews the biblical and philosophical evidence behind the various Christian views of the afterlife for those who reject their God: universalism, eternalism or traditionalism, and annihilationism. It concludes by taking a position between universalism and annihilationism: God will forever honor the final choices of those who reject God, and yet, in the end, all things will be reconciled to God.

▼▲
Dennis Jensen has written numerous articles for a local university-oriented Christian tabloid and several other journals, in addition to one other book. He holds a master's degree in Philosophy of Religion, has taught philosophy at his local college, engages non-Christians in debate and dialogue online, and maintains an apologetic web page, www.encounter1.org.

▼▲
I'm the author/artist and I want to review Flirting with Universalism: Resolving the Problem of an Eternal Hell - eBook.
Back
Back