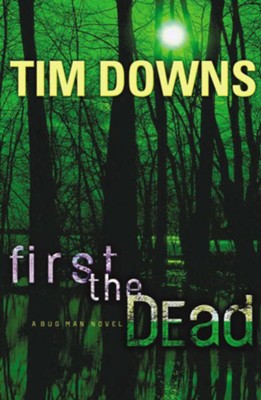 ▼▲
In the aftermath of Hurricane Katrina all government agencies were ordered to assist with efforts to rescue those who had survived. "First the Living" was the clear mandate given to everyone--including those who were there as part of the DMORT team and whose specialty was identifying and notifying the families of the deceased. But there's a problem with that plan when forensic entomologist Nick Polchek realizes that some of the bodies he's seeing in the putrid waters flooding New Orleans were dead prior to the hurricane making landfall. Someone thought the hurricane would cover any evidence and literally allow them to get away with murder. But what are they trying to hide? And who could have been so certain that a hurricane of this magnitude?

When a national disaster strikes, "first the living" is the rule.

Unless you're the Bug Man.

When Hurricane Katrina strikes New Orleans, forensic entomologist Nick Polchak signs up to help with the recovery effort. He is known as the Bug Man for his knowledge of insects and what they can reveal about the dead. The government's mandate is clear—rescue the living first, recover the dead later.

But something is very wrong in the toxic soup-bowl of post-Katrina New Orleans.

It's a tale only the dead can tell. But no one besides the Bug Man is listening.

" . . . stands out from the pack of CSI-inspired mysteries with its quirky hero and creative handling of the Hurricane Katrina disaster."

Tim Downs is the author of nine novels including the Christy Award-winning PlagueMaker and the highly acclaimed series of Bug Man novels. Tim lives in North Carolina with his wife Joy. They have three grown children.

▼▲
Downss third thriller to feature forensic entomologist Nick Bug Man Polchak (after 2004s Chop Shop) stands out from the pack of CSI-inspired mysteries with its quirky hero and creative handling of the Hurricane Katrina disaster. Polchakan expert in using bugs to deduce the time and circumstances of deathis a member of DMORT, the disaster mortuary operational response team, used by FEMA to assist with mass casualties. As the deadly hurricane nears New Orleans, DMORT is called to the area, and Polchak soon finds himself locking horns with his superiors, who demand DMORT members make search and rescue their priority. After discovering several floating corpses with injuries pointing to deaths prior to Katrina, Polchak suspects that someone is using the disaster to conceal murder. Hes aided by J.T. Walker, a young man searching for his father amid the chaos, who manages to get through the emotional barriers Polchak has erected against the outside world. Downss sensitive evocation of the tragedy, combined with taut writing and well-developed characters, should gain him a wider audience and reward longtime Bug Man fans. (Jan.) Copyright 2008 Reed Business Information.

▼▲
I'm the author/artist and I want to review First the Dead: A Bug Man Novel - eBook.
Back
Back