Feuerbach and the Interpretation of Religion
By: Van A. Harvey 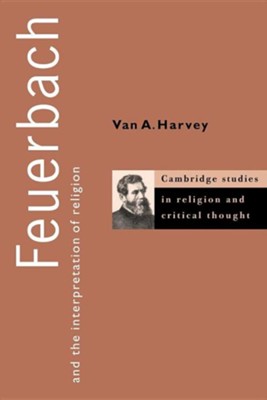 Feuerbach and the Interpretation of Religion

▼▲
Ludwig Feuerbach is best known as the author of a sensational criticism of Christianity in the mid-nineteenth century. Although some scholars regard this criticism of Christianity as important in its own right, most view it pertinent because of its anticipation of the views of Nietzsche, Marx, and Freud. Harvey's long-awaited book argues that this is an inadequate interpretation of Feuerbach's significance. By exploring works of Feuerbach which have been virtually ignored, he convincingly demonstrates their contemporary relevance.

▼▲
A forerunner of Nietzsche, Marx, and Freud, Ludwig Feuerbach is best known as the author of a sensational criticism of Christianity in the mid-19th century. His other writings virtually have been ignored. Stanford researcher Van Harvey explores these lesser known works by Feuerbach and finds them relevant today.

▼▲
I'm the author/artist and I want to review Feuerbach and the Interpretation of Religion.
Back
×