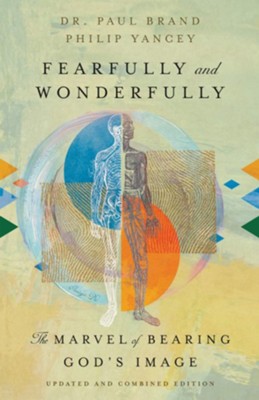 Fearfully and Wonderfully: The Marvel of Bearing God's Image

Discover this updated and combined edition of two bestselling books! The human body holds endlessly fascinating secrets. The resilience of skin, the strength and structure of the bones, the dynamic balance of the muscles—your physical being is knit according to a pattern of stunning purpose. Now Gold Medallion winners Fearfully and Wonderfully Made and In His Image have been completely revised and updated to offer a new audience timeless reflections on the body. Join renowned leprosy surgeon Dr. Paul Brand and bestselling writer Philip Yancey on a remarkable journey through inner space—a spellbinding account of medical intervention, pain and healing, and the courage of humanity. Discover here the eternal truths revealed by our seemingly ordinary existence. The human body is a window into the very structure of God's creation and a testament to God's glory.

▼▲
Dr. Paul Brand (19142003) grew up in India, studied medicine in London, and practiced orthopedic surgery in India and the United States. He achieved world renown for his innovative techniques in the treatment of leprosy. He wrote , still considered a classic in the field of hand surgery, as well as (coauthored with Philip Yancey) and . Before his death in 2003, he received many honors, including the prestigious Albert Lasker Award and appointment as Commander of the Order of the British Empire. Philip Yancey has written twenty-five books. Early on he crafted best-selling books such as and while also editing . More recently, he has explored central issues of the Christian faith, penning award-winning titles such as , , and Yancey's books have garnered thirteen Gold Medallion Awards from Christian publishers and booksellers. He currently has more than fifteen million books in print, published in over forty languages worldwide. Yancey worked as a journalist in Chicago for some twenty years, editing the youth magazine while also writing for a wide variety of magazines including , , , and . In 1992 he and his wife, Janet, moved to the foothills of Colorado where they live now.

▼▲
I'm the author/artist and I want to review Fearfully and Wonderfully: The Marvel of Bearing God's Image.
Back
×
Back
×