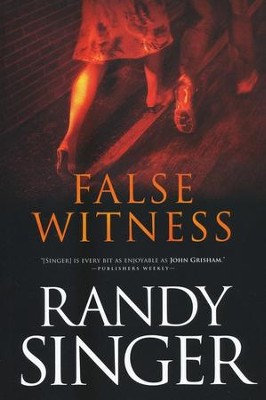 ▼▲
Hoping to gain some practical insight, three bored law students volunteer at the legal aid clinic. But when they discover that their assigned client is part of a witness protection program and is hiding a destructive Internet code, can they keep it out of the wrong hands and still live to see graduation?

▼▲
Clark Shealy is a bail bondsman with the ultimate bounty on the line: his wife’s life. He has forty-eight hours to find an Indian professor in possession of the Abacus Algorithm—an equation so powerful it could crack all Internet encryption.
Four years later, law student Jamie Brock is working in legal aid when a routine case takes a vicious twist: she and two colleagues learn that their clients, members of the witness protection program, are accused of defrauding the government and have the encrypted algorithm in their possession. After a life-changing trip to the professor’s church in India, the couple also has the key to decode it.
Now they’re on the run from federal agents and the Chinese mafia, who will do anything to get the algorithm. Caught in the middle, Jamie and her friends must protect their clients if they want to survive long enough to graduate.

▼▲
I'm the author/artist and I want to review False Witness (rpkgd).
Back
×
Back
×