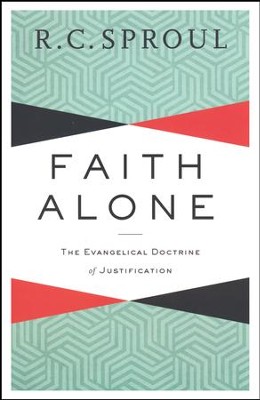 What must you do to be right with God? The Reformers broke with the Roman Catholic Church when they insisted people are justified by faith alone. But today many Protestants fail to grasp that keystone of faith.

In Faith Alone, a Gold Medallion finalist, R. C. Sproul explains why Protestantism and Roman Catholicism split over justification in the first place and why that division remains an uncrossed chasm. Protestants must understand the biblical, Reformation view of the doctrine of justification to grasp the power of the gospel and proclaim it far and wide today. This repacked edition of a classic offers a new generation of Christians a clear explanation of the vital doctrine of salvation.

▼▲
I'm the author/artist and I want to review Faith Alone, repackaged: The Evangelical Doctrine of Justification.
Back
Back