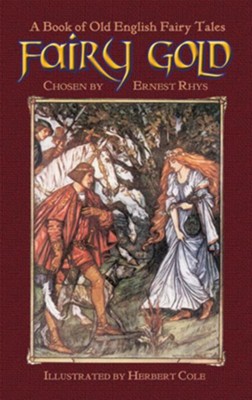 ▼▲
From the founding editor of Everyman's Library comes this enthralling illustrated collection of thirty-three fairy tales to please children of all ages—and the parents who read to them. Favorite English characters such as Dick Whittington, Jack the Giant Killer, and King Arthur appear alongside Tom Thumb, Chicken-Licken, and other figures from the wider world of folklore.

Young readers will be spellbound by tales of an orphan who rises from scullery boy to Mayor of London with the aid of his cat, how a worm becomes the scourge of Britain, and of the beanstalk that helps a young man avenge his father's death and find his fortune. Children will also be thrilled to meet "The Green Knight," "The Princess of Colchester," and "The Giant of Saint Michael's." Plus, this treasury includes a beautiful array of full-color plates.

▼▲
I'm the author/artist and I want to review Fairy Gold: A Book of Old English Fairy Tales.
Back
×