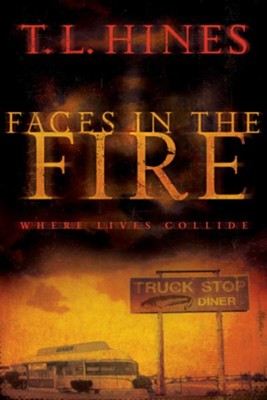 Faces in the Fire - eBook

Four lost souls on a collision course with either disaster or redemption. A random community of Faces in the Fire.

Meet Kurt, a truck-driver-turned-sculptor with no memory of his past. Corinne, an e-mail spammer whose lymphoma isn't responding to treatment. Grace, a tattoo artist with an invented existence and a taste for heroin. And Stan, a reluctant hit man haunted by his terrifying gift for killing.

They don't know each other, at least not yet. But something--or someone--is at work in the fabric of their lives, weaving them all together. A catfish, a series of numbers scribbled on a napkin, a devastating fire, and something mysterious. Something that could send them hurtling down the highway to disaster--or down the road to redemption. But they won't know which is which until they've managed to say yes to the whispers in their souls.