Skip to main content
SPRING CYBER EVENT STARTS NOW: And it's a really BIG deal! Up to 88% off through 5/24>
Evidence for Christianity
By: Josh McDowell
Stock No: WW506281 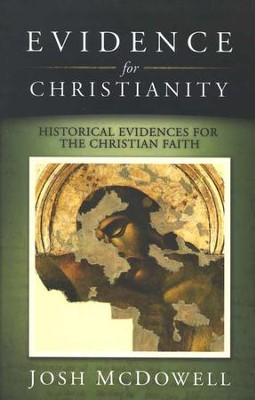 ▼▲
Scholarly, well-written, and exhaustively researched, Evidence for Christianity presents a powerful case for why Christianity is both true and real. Drawing upon rigorous scholarship of countless authorities and historical evidence, McDowell provides evidences beyond a reasonable doubt that Christ was exactly who he said he was, sent to do exactly what God his Father commissioned him to accomplish. You'll find answers to questions such as: Evidence for Christianity will provide you with greater confidence and a revitalized foundation in your Christian faith. It will also provide a reason to believe for anyone skeptical of the claims of Christianity.

Josh McDowell is an internationally known speaker and author.  He is a traveling representative of Campus Crusade for Christ speaking to more than ten million young people.  Josh has authored or coauthored more than 120 books.  Josh and his wife, Dottie, have four grown children.

▼▲
I'm the author/artist and I want to review Evidence for Christianity.
Back
Back