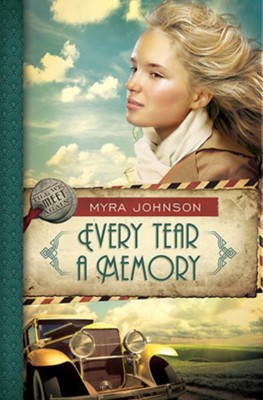 Every Tear a Memory, Till We Meet Again Series #3

▼▲
Joanna Trapp found adventure serving in France as a "Hello Girl" for the Army Signal Corps, but she still mourns her doughboy sweetheart killed in battle. Returning to Hot Springs, Arkansas, she takes a job as a switchboard operator at the Arlington Hotel and quickly discovers that after her experiences overseas, civilian life proves dull.

Thomas Ballard still regrets he was medically ineligible to serve in the war and feels inferior to those who did, especially his war-hero brother, Gilbert. When Thomas finds himself attracted to Joanna, he strives to match her adventurous spirit, when all he really wants is to settle down, raise a family, and earn respect as a successful businessman. As romance blossoms, can two such different people learn to accept not only their own but each other's God-created individuality . . . or will love change them both?

▼▲
I'm the author/artist and I want to review Every Tear a Memory, Till We Meet Again Series #3.
Back
Back