The Epistle to the Romans: New International Commentary on the New Testament (NICNT)
By: Douglas J. Moo 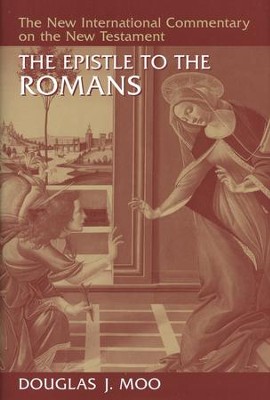 The Epistle to the Romans: New International Commentary on the New Testament (NICNT)

▼▲
Requiring more than 12 years Douglas Moo's The Epistle to the Romans [NICNT] is considered a masterpiece of theological literature and is a flagship volume in NICNT series. Originally started under F.F. Bruce, Moo's project transitioned in 1990 to the editorial leadership of Gordon Fee and their combined effort produced a remarkable commentary.

Based on English text and yet integrating the underlying Greek at every point, this commentary focuses both on historical-grammatical concerns as well as on theological implications. Moo contributes to the ongoing debate on Paul's understanding of issues as Jewish law, the relationship between Jews and Gentiles in the people of God, the Christian life, sin, and justification critically interacts with the so-called "the new perspective on Paul".

Purpose
". . . undertaken to provide earnest students of the New Testament with an exposition that is thorough and abreast of modern scholarship and at the same time loyal to the Scriptures as the infallible Word of God."

Objective and, ScopeSince its inception in the late 1940s by an international team of NT scholars, the NICNT series has become recognized by pastors, students, and scholars alike as a critical yet orthodox commentary marked by the best of evangelical protestant biblical scholarship.

While based on a thorough study of the Greek text, NICNT volumes explain all technical references for easy understanding. Authors evaluate significant textual problems, historical issues, scholarly literature, and explore theological themes. The most highly technical elements are generally dealt with in footnotes, excurses, or appendices maximizing scholarly interaction without exhausting non-academic readers.

HistoryUnder the editorship of three distinguished NT scholars, Ned Stonehouse (1946-1962), F. F. Bruce (1962-1990), and Gordon D. Fee (1990-Present), the NICNT series has become the most recognized series in the world. Its prestige is such that contribution to it bequeaths upon authors an elite scholarly status.

Fee's leadership has led to several new volumes in the series, including several of his own. As such, Fee has kept the NICNT conversant with contemporary scholarship. All volumes remain in an ongoing process of evaluation to determine the need revision or replacement, and recent years have reaffirmed this commitment.

▼▲
Douglas Moo's work on the Epistle to the Romans is part of The New International Commentary on the New Testament. Prepared by some of the world's leading scholars, the series provides an exposition of the New Testament books that is thorough and fully abreast of modern scholarship yet faithful to the Scriptures as the infallible Word of God.

▼▲
-Bibliotheca Sacra
This is a monumental work that can be placed among the best commentaries on Romans. If one wants to know the content of Romans, this commentary needs to be consulted...Helpful to teachers, pastors, and students.

-Reviews in Religion and Theology (U.K.)
A substantial piece of work...It deserves significant attention regardless of the competition of many other important commentaries on the same letter.

-The Bible Today
This massive new commentary on Romans is the contribution of a respected Evangelical scholar. His remarkable erudition and sound, clearly argued analysis of the text represent the best of that perspective.

-The Christian Librarian
A commentary that will become the new standard for conservative New Testament scholars... This commentary can be used by the informed layman or the busy minister. There are few points in the Epistle that Moo does not cover. This commentary is a "must-have" for any library or minister who wishes to study the Apostle Paul's magnum opus. This volume deserves much praise in achieving its goals as a comprehensive commentary on the Book of Romans.

-The Expository Times
His coverage is comprehensive, his dealing with sparring partners fair-minded, his verdicts level-headed...The whole is a model of clarity and a compendium of expository treasure.

-Theological Book Review (U.K.)
This is the most attractive and readable of all the many weighty commentaries on Romans published in recent years, and every library will need it...Its lucidity is remarkable and admirable.

Craig L. Blomberg
If a student could own but one commentary on Romans, this should be it--now and for a long time to come.

-Catholic Biblical Quarterly
In The Epistle to the Romans Douglas Moo provides a very good, detailed analysis of Paul's most important letter.

Journal of Theological Studies
This commentary displays marks of fine scholarship and practical interest. Douglas Moo shows himself to be keenly aware of theological subtleties and issues, and his work is informed by a strong sense of the history of interpretation of Romans.

-Anvil
Students report that Moo's The Epistle to the Romans is readable, good on the details, and crystal clear in its conclusions. It is a magnificent achievement, in the front rank of commentaries.

▼▲
I'm the author/artist and I want to review The Epistle to the Romans: New International Commentary on the New Testament (NICNT).
Back
×
Back
×