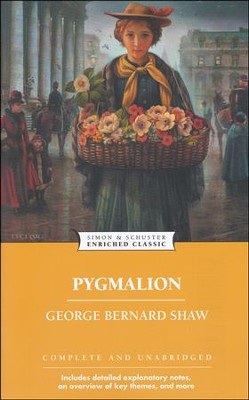 ▼▲
George Bernard Shaw, born in Dublin in 1856, was essentially shy, yet created the persona of G.B.S., the showman, controversialist, satirist, critic, pundit, wit, intellectual buffoon and dramatist. Commentators brought a new adjective into the English language: Shavian, a term used to embody all his brilliant qualities.

After his arrival in London in 1876 he became an active Socialist and a brilliant platform speaker. He wrote on many social aspects of the day: on Commonsense about the War (1914), How to Settle the Irish Question (1917), and The Intelligent Woman's Guide to Socialism and Capitalism (1928). He undertook his own education at the British Museum and consequently became keenly interested in cultural subjects. Thus his prolific output included music, art and theatre reviews which were collected into several volumes: Music In London 1890-1894 (3 vols., 1931); Pen Portraits and Reviews (1931); and Our Theatres in the Nineties (3 vols., 1931). He wrote five novels and some shorter fiction including The Black Girl in Search of God and some Lesser Tales and Cashel Byron's Profession.

He conducted a strong attack on the London theatre and was closely associated with the intellectual revival of British theatre. His many plays fall into several categories: 'Plays Pleasant'; 'Plays Unpleasant'; comedies, chronicle-plays, 'metabiological Pentateuch' (Back to Methuselah, a series of plays) and 'political extravaganzas'. Shaw died in 1950.

▼▲
I'm the author/artist and I want to review Enriched Classic: Pygmalion.
Back
Back