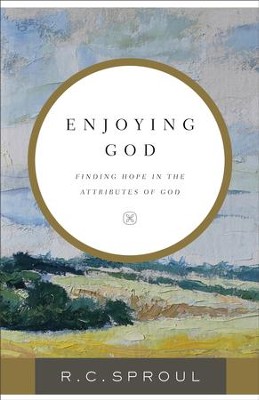 Enjoying God: Finding Hope in the Attributes of God - eBook

* This product is not available for purchase in United Kingdom.

▼▲
Confused, angry, and hurt after the death of his father, a young R. C. Sproul began his personal search for ultimate truth with these piercing questions: Who are you, God? And why do you do the things you do?

In Enjoying God, readers journey with R. C. Sproul to discover the attributes of God through the questions many of us have asked: Where are you, God? Can I trust you, God? and more. In this warm, personal account, Dr. Sproul communicates deep truths in a fresh and easy-to-understand style as he shares his passion to know God and urges the reader to dig deep and seek the God who is alive, who is real, and who loves each one of us.

▼▲
I'm the author/artist and I want to review Enjoying God: Finding Hope in the Attributes of God - eBook.
Back
×
Back
×