Skip to main content
Engraved on the Heart
By: Tara Johnson
Stock No: WW428310 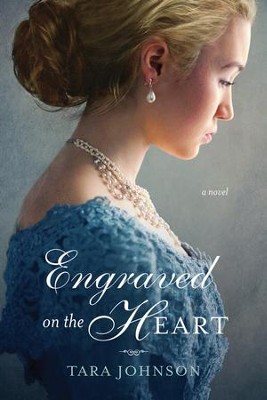 Engraved on the Heart

▼▲
Reluctant debutante Keziah Montgomery lives beneath the weighty expectations of her staunch Confederate family, forced to keep her epilepsy secret for fear of a scandal. As the tensions of the Civil War arrive on their doorstep in Savannah, Keziah sees little cause for balls and courting. Despite her discomfort, she cannot imagine an escape from her familial confines-until her old schoolmate Micah shows her a life-changing truth that sets her feet on a new path . . . as a conductor in the Underground Railroad.Dr. Micah Greyson never hesitates to answer the call of duty, no matter how dangerous, until the enchanting Keziah walks back into his life and turns his well-ordered plans upside down. Torn between the life he has always known in Savannah and the fight for abolition, Micah struggles to discern God's plan amid such turbulent times.Battling an angry fianci, a war-tattered brother, bounty hunters, and their own personal demons, Keziah and Micah must decide if true love is worth the price . . . and if they are strong enough to survive the unyielding pain of war.

▼▲
Starred review. In her sparkling debut, Johnson introduces vibrant and flawed Savannah heiress Keziah Montgomery, who comes of age as America hovers on the brink of the Civil War. Keziah, who should be a sought-after bride in aristocratic Savannah society, has epileptic seizures, a condition her family desperately tries to hide. Attending an abolitionist meeting with her childhood friend Micah Greyson, Keziah begins to understand how barbaric it is to own slaves and why they so desperately seek freedom. Despite Micah’s warnings, Keziah finds purpose as a conductor for the Underground Railroad. After Keziah’s brother is reported dead, Keziah’s ailing father becomes even more determined to see Keziah married to a man who can financially take care of the Montgomery women—one who’s not tainted by abolitionist ideals. Hiding a family secret of his own, Micah fears he cannot be the man Keziah needs. With more than a few twists and turns, Johnson crafts an inspirational tale of love, fortitude, and what it means to do the right thing when the very concept of “right” is challenged.

▼▲
I'm the author/artist and I want to review Engraved on the Heart.
Back
Back