Skip to main content
MOTHER'S DAY SALE: Books, Bibles, and more at no-nonsense prices through April 20th. >
The Endless Hour: The True Story of a Haunted Soul
By: Jesse Battle
Stock No: WW320544 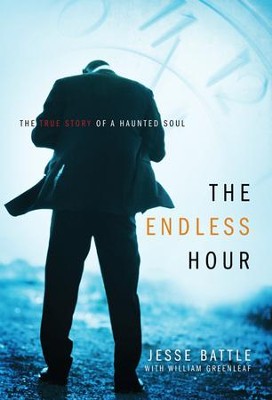 The Endless Hour: The True Story of a Haunted Soul

▼▲
An artist unknowingly creates a drawing that involves him in a spiritual death experience. Eighteen years in the making, The Endless Hour is an intense, emotionally wrenching true story about the struggles of an unusual, adventurous boy named Jesse in search of himself and truth. At a young age he is gifted with a creative imagination and drawing ability. In 1988, as an adult, Jesse completes an illustration that becomes reality two years later, an event that was destined yet unforeseen. This touching and terrifying true story is not only about him. It's also about...you. "If you like heartfelt true stories about faith and redemption, you'll love The Endless Hour. It's one of those books that is much more than the sum of its parts. You'll find yourself thinking about it long after you've read the last page. You may even feel compelled to look beneath the surface of your own life and reassess what's important and what isn't. Yes, it's that kind of book." -William Greenleaf

▼▲
I'm the author/artist and I want to review The Endless Hour: The True Story of a Haunted Soul.
Back
×