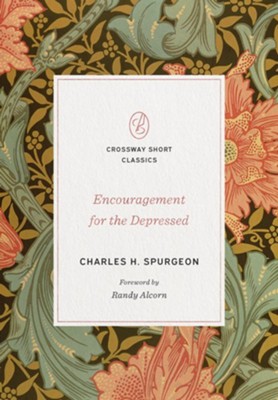 Encouragement for the Depressed

This timeless treasure from Charles Spurgeon reminds readers to place their hope in the finished work of Jesus Christ as they navigate trials on this earth. Part of the Crossway Short Classics series.

▼▲
I'm the author/artist and I want to review Encouragement for the Depressed.
Back
×
Back
×