Skip to main content
Empowering Memory and Movement: Thinking and Working across Borders
By: Elisabeth Schussler Fiorenza
Stock No: WW481815 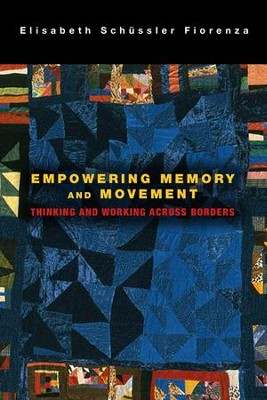 Empowering Memory and Movement: Thinking and Working across Borders

▼▲
With Empowering Memory and Movement, Elisabeth Schussler Fiorenza completes a three-volume look across her influential work and career. In Transforming Vision (2011), she drew from decades of pioneering scholarship to offer the contours of a critical feminist hermeneutic. The chapters in Changing Horizons (2013) sketched out a theory of liberation. Now, the consequences for a liberating praxis are elaborated in interviews and essays that chart Schussler Fiorenza's own personal and professional history as these are intertwined with the history of the worldwide movement for emancipation and full equality. In Empowering Memory and Movement, Schussler Fiorenza looks back, but also assesses current challenges and potentialities on the global scene, and envisions an emancipatory future, with critical and wise engagement with scripture and the interpretive tradition always at the center.

▼▲
This third volume of Elisabeth Schussler Fiorenza's collected feminist writings is an engrossing read from cover to cover. Insightful essays alternate with interviews that explore Schissler Fiorenza's background and personal history, her views on nationalism and globalization, and her convictions concerning pedagogy, theology, and New Testament scholarship. In doing so, the book also challenges all scholars to think about the ways in which who we are informs what we do. The book will delight and inform all who dip into this volume, including newcomers and those who have already learned much from her work.
-Adele Reinhartz,
University of Ottawa

What a gift is this book! It gives us vintage Schussler Fiorenza - as generous in engagement as she is irascible; as much the disciplined listener as the take-no-prisoners debater; as much the bridge-builder and facilitator of conversation as the radical critic. As a window onto the work of a genuine public intellectual the collected essays, with their wide ranging topics that never float away from things that matter, will be for many for a long time insightful, disturbing, and challenging.
-Vincent L. Wimbush,
Claremont Graduate University

Schussler Fiorenza has often described the work of feminist theology and biblical interpretation as a spiraling dance. This book is such a dance, circling back to her earliest memories of childhood and theological training, while also moving forward into current scholarly debates, all the while intent on constructing a 'politics of memory' to nourish the future of feminist studies. Those who have followed Schussler Fiorenza's theoretically rich scholarship will appreciate here the integration of her auto/biographical reflections into that scholarship, as windows both into how this path-breaking scholar has been shaped by her culture and also her agency in resisting the dominant scripts of that culture.
-Shelly Matthews,
Brite Divinity School

Written with a vivid and intellectually exquisite language, this is a paradigmatic book that illustrates the power of both, articulating the intersection of autobiography and academic studies in politically subversive ways, and providing motivation to the women's struggles for human rights, justice, and well-being with the theoretical frameworks of a critical feminist analytic, hermeneutic, and theology of liberation.
-Maria Pilar Aquino,
University of San Diego

This is an exhilarating, energizing, and profoundly important book by one of the founding mothers of the feminist study of religion. Thirty-four essays, interweaving autobiographical reflections with feminist-theoretical, historical, hermeneutical, epistemological, pedagogical, exegetical, theological, and ethical analyses, demonstrate the huge difference one deeply committed and intellectually driven feminist scholar has made in academia during our life time. Schussler Fiorenza's personal and scholarly journey and her amazing intellectual accomplishments ought to encourage every feminist anywhere to keep on going despite the relentlessly persistent structures of domination not only in academia but also in the world.
-Susanne Scholz,
Perkins School of Theology, Southern Methodist University

▼▲
I'm the author/artist and I want to review Empowering Memory and Movement: Thinking and Working across Borders.
Back