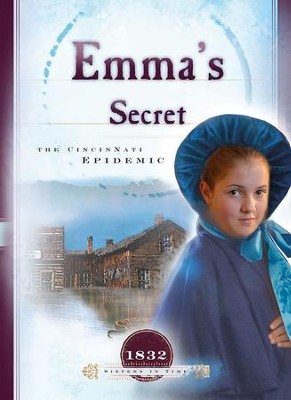 ▼▲
Emma Farley has dreams for the future. But her secret hopes are threatened by society's attitude toward "women's work." Of more immediate concern, a massive flood of the Ohio River and a resulting cholera epidemic jeopardize Emma's dreams.

Will Emma and her family even survive the dreaded disease that terrorizes the frontier town of Cincinnati? Will she ever enjoy the future she's laid out in her mind? Through much trial and hardship, Emma learns that God-given dreams are meant to be followed.

Let the Sister's In Time series take you back to 1832--where you may find that Emma Farley isn't that much different than you! Recommended for ages 8 to 12.

This story is based on (and very similar to) Cincinnati Epidemic from the American Adventure Series.

▼▲
I'm the author/artist and I want to review Emma's Secret: The Cincinnati Epidemic - eBook.
Back
×
Back
×