Skip to main content
Embracing the Untouchables
By: Stephen Fortosis
Stock No: WW776782 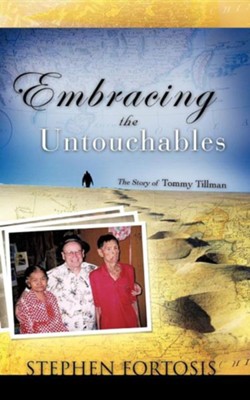 ▼▲
Communist seamen were docked at U.S. ports, but no one was reaching them with the Gospel. An Indian tribe in Central America was being taught that salvation came through the church and their good deeds. Thousands in leper colonies in Thailand were not only losing their limbs, but losing all hope, because no one seemed to care. Thai children of lepers slept in sewers, and Thai orphans were often sold as sex slaves. Thousands in pro-Communist Mongolia had never heard that Jesus died for them too. One man emerged to bring these peoples hope through demonstrating Christ's compassion and presenting to them the Gospel. This man was Tommy Tillman and you simply must read his story. "Tommy Tillman ate and slept with the lepers of Thailand to reach them with the Gospel. He is one of the most outstanding missionaries of our day. I am not exaggerating when I say that he is a modern day David Livingstone or Adoniram Judson. Reading about his life of faith will seriously impact you " -Dr. Gary R. Jackson Liberty Baptist Church Sarasota, Florida About thirty years ago, Tommy and Jo Ann Tillman dedicated their lives to spreading the Gospel and have continued doing so ever since. Many years back, doctors told Tommy he would soon die from heart complications, but he is still alive. Now the couple has a base in Tennessee, but Tommy constantly travels back to his beloved people in Thailand and Mongolia. He wants to continue his work until it is physically impossible to do so.

▼▲
I'm the author/artist and I want to review Embracing the Untouchables.
Back
×