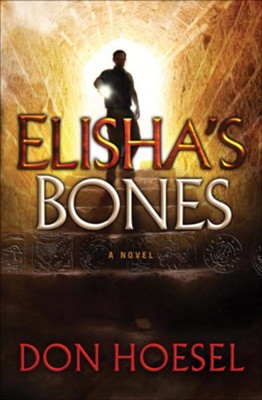 ▼▲
Every year, professor of antiquities Jack Hawthorne looks forward to the winter break as a time to hide away from his responsibilities. Even if just for a week or two. But this year, his plans are derailed when he's offered almost a blank check from a man chasing a rumor.

Billionaire Gordon Reese thinks he knows where the bones of the prophet Elisha are--bones that in the Old Testament brought the dead back to life. A born skeptic, Jack doesn't think much of the assignment but he could use the money, so he takes the first step on a chase for the legendary bones that will take him to the very ends of the earth. But he's not alone. Joined with a fiery colleague, Esperanza Habilla, they soon discover clues to a shadowy organization whose long-held secrets have been protected . . . at all costs. As their lives are threatened again and again, the real race is to uncover the truth before those chasing them hunt them down.

▼▲
Don Hoesel is a Web site designer for a Medicare carrier in Nashville, TN. He has a BA in Mass Communication from Taylor University and has published short fiction in Relief Journal. He lives in Spring Hill, Tennessee, with his wife and two children. Elisha's Bones is his first novel.

▼▲
I'm the author/artist and I want to review Elisha's Bones - eBook.
Back
Back