Skip to main content
THE MEGA CHRISTMAS SALE: Save up to 85% off through 10/19 >
Authority in the Church: An Ecumenical Reflection on Hermeneutic Boundaries and Their Implications for Inter-Church Relations
By: R. Keelan Downton, Howard John Loewen
Stock No: WW834243 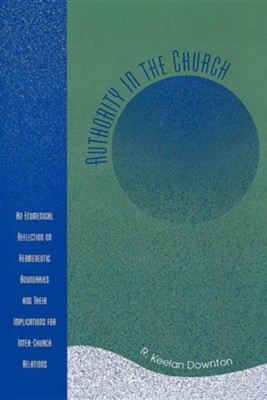 Authority in the Church: An Ecumenical Reflection on Hermeneutic Boundaries and Their Implications for Inter-Church Relations

▼▲
This work examines the nature of authority in the Christian Church through analysis of major reform movements of the 16th Century and major ecumenical documents of the 20th Century. Authority in the Church begins with a probing historical analysis of authority as expressed in five competing ecclesial models of the 16th Century: Martin Luther, John Calvin, the Anabaptists, Thomas Cranmer, and the Council of Trent. It follows this analysis with a theological evaluation of authority in the church as expressed in the ecumenical conversations between the Catholic and Protestant traditions in the 20th Century. This approach employs a hermeneutic method in which the historical analysis proceeds from the vantage point of 20th Century ecumenical conversations and issues raised in the sixteenth century debates inform the theological analysis. Out of this interaction, Downton proposes a three-fold model of authority comprised of textual, existential, and ministerial aspects as a common framework for engaging the issue of authority productively in ecumenical context.

▼▲
I'm the author/artist and I want to review Authority in the Church: An Ecumenical Reflection on Hermeneutic Boundaries and Their Implications for Inter-Church Relations.
Back