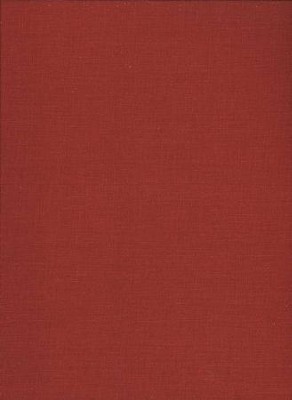 Ancient Near Eastern Texts Relating to the Old Testament, Third Edition with Supplement

▼▲
Popularly known as ANET this compilation of texts from the Ancient Near East is an indispensable resource for study of the Old Testament, its surrounding culture, and perhaps most importantly its intellectual and conceptual frameworks. First published in 1969, this collection has only received small editions, and its translations remain standard in the various fields to which it applies, including archaeology, Old Testament studies, literary studies, textual criticism, and many others.

This collections combines breadth and depth, including many of the most famous texts such as Tiglath-Pilesar III's account of his "Campaigns against Syria and Palestine", and "the Gilgamesh Epic" ANET also contains more obscure texts such as the prayers and hymns of the Akkadian, Hittite, and Egyptian religious ceremonies. While a requirement for biblical scholars, these texts also make for fascinating reading of the highest order. Anyone who enjoys discovering the past, or has an insatiable curiosity will find this collection riveting and of enduring interest. For OT students who wish to become OT scholars, the sooner one become familiar with these texts, the better.

▼▲
I'm the author/artist and I want to review Ancient Near Eastern Texts Relating to the Old Testament, Third Edition with Supplement.
Back
Back