EARLY CHRISTMAS SALE: Shop over 900 items up to 85% off through 9/29 >
Early Christian Art and Architecture: An Introduction
By: Guntram Koch 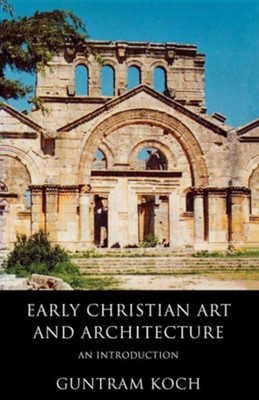 ▼▲
The early Christian period, especially the time between the third and sixth centuries, is one of the most fascinating in church history. The Christianity which developed into a state church in the Roman empire during the fourth century gave new content to traditional Graeco-Roman art and adapted it to changed needs. Different forms of churches, monasteries and baptisms came into being, as did Christian art in paintings, mosaics and sculptures; biblical manuscripts were illustrated and liturgical furnishings and vessels were given new form. Here for the first time in a single volume is an account of architecture sacred and profane, funerary art in catacombs and tombs and especially sarcophagi, the graphic arts and the various forms of art in miniature. The text is illustrated with numerous line drawings and photographs, including ground plans and elevations of churches, actual and conjectural, and there are full descriptions of the art and architecture discussed against its social and historical background. In addition there are full bibliographies and details of the most important collections of Christian art. This will prove not only an invaluable work for art historians but also a guide for those travelling in the Mediterranean area and an indication of the riches of the first centuries of the church. Guntram Koch is Professor of Christian Archaeology and the History of Byzantine Art in the University of Marburg.

▼▲
I'm the author/artist and I want to review Early Christian Art and Architecture: An Introduction.
Back
×