Skip to main content
NEW CYBER DEALS Save up to 90% thru 12/12  shop now >
The Earliest Christologies: Five Images of Christ in the Postapostolic Age - eBook
By: James L. Papandrea
Stock No: WW85744EB 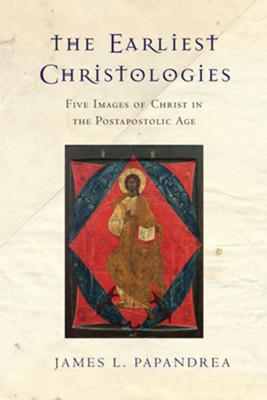 The Earliest Christologies: Five Images of Christ in the Postapostolic Age - eBook

▼▲
Theology is a minefield to those who aren't mindful. Having a gift for organizing complex thought, James Papandrea discerns five images for Christ within the larger context of the second-century church: Christ as angel, as prophet, as phantom, as cosmic mind, and as Word. He ably critiques substandard positions in The Earliest Christologies.

▼▲
The second century was a religious and cultural crucible for early Christian Christology. Was Christ a man, temporarily inhabited by the divine? Was he a spirit, only apparently cloaked in flesh? Or was he the Logos, truly incarnate? Between varieties of adoptionism on the one hand and brands of Gnosticism on the other, the church's understanding took shape. In this clear and concise introduction, James Papandrea sets out five of the principal images of Christ that dominated belief and debate in the postapostolic age. While beliefs on the ground were likely more tangled and less defined than we can know, Papandrea helps us see how Logos Christology was forged as the beginning of the church's orthodox confession. This informative and clarifying study of early Christology provides a solid ground for students to begin to explore the early church and its Christologies.

▼▲
James L. Papandrea (PhD, Northwestern University) is a teacher, author, speaker and musician. He is currently serving as associate professor of church history at Garrett-Evangelical Seminary at Northwestern University, as well as a consultant in the area of adult faith formation and a regular speaker in parish and lay formation programs in the Chicago area. He is the author of , and . Also a published songwriter, professional musician and teacher of songwriting, Papandrea has written and arranged music for church choirs and has written two musicals. After graduating from the University of Minnesota with a bachelor's degree in music and theatre arts, he received his MDiv degree from Fuller Theological Seminary with a concentration in youth ministry, then spent several years in full time youth and music ministry. He went on to receive a PhD in the history and theology of the early Christian church from Northwestern University, with secondary concentrations in New Testament interpretation and the history of the Roman Empire. He has also studied Roman history at the American Academy in Rome, Italy. Papandrea is a member of the Society of Biblical Literature, the North American Patristics Society, and the Catholic Association of Music. When he's not teaching or performing music, he can be found traveling with his wife, Susie, taking photographs and making pilgrimages to places like Rome and Assisi.

▼▲
The Earliest Christologies is an absolutely first-rate introduction to the early development of Christological doctrine. Papandrea has the gift of explaining complex issues clearly, simply, and precisely. . . . This book most definitely belongs in all libraries, academic and seminary, supporting programs in early Christian studies and/or theology." -- Thomas M. Dousa, Catholic Library World, September 2016

▼▲
I'm the author/artist and I want to review The Earliest Christologies: Five Images of Christ in the Postapostolic Age - eBook.
Back
Back