Skip to main content
SPRING CYBER EVENT STARTS NOW: And it's a really BIG deal! Up to 88% off through 5/24>
Driftwood Tides - eBook
By: Gina Holmes
Stock No: WW63953EB 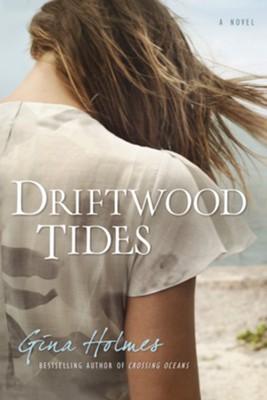 ▼▲
When Holton lost his wife, Adele, in a freak accident, he shut himself off from the world, living a life of seclusion, making drifwood sculptures and drowning his pain in gin. Until twenty-three-year-old Libby knocks on his door, asking for a job and claiming to be a friend of his late wife. When he discovers Libby is actually his late wife's illegitimate daughter, given up for adoption without his knowledge, his life is turned upside down as he struggles to accept that the wife he'd given saint status to was not the woman he thought he knew.

Together Holton and Libby form an unlikely bond as the two struggle to learn the identity of Libby's father, the truth about Adele, themselves, and each other.

▼▲
I'm the author/artist and I want to review Driftwood Tides - eBook.
Back
Back