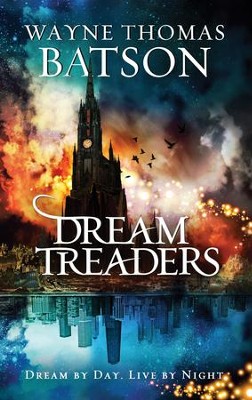 By: Wayne Thomas Batson
More in Dreamtreaders Series
Thomas Nelson / 2014 / ePub
4 out of 5 stars for Dreamtreaders - eBook (6 Reviews) Write a Review
In Stock
Stock No: WW49207EB

Book #1 in a trilogy from fantasy author Wayne Thomas Batson explores the concept of dreams and their effects on us.

People are fascinated by dreams, and the Bible has a great deal to say about them. From Jacob’s dream of the heavenly stairway in Genesis 28 to angels visiting Joseph during dreams in Matthew 1 to the Apostle John’s "waking dream" from which he obtained the book of Revelation—dreams have been powerful ingredients of God’s plan as revealed through Scripture.

Fourteen-year-old Archer Keaton discovers he has the ability to enter and explore his dreams. He is a dreamtreader, one of three selected from each generation. Their mission: to protect the waking world from the Nightmare Lord, who wreaks chaos in the Dream World. But as Archer’s dreams become more dangerous and threatening, so too does his waking life.

Rigby Thames, the new kid from England, builds a suspicious rock star-like following at Dresden High School a little too quickly. Even Archer’s best friend and confidant, Kara Windchil, seems taken in by the cool guy with the wild blond hair, which definitely rubs Archer the wrong way. Archer must face two foes in two worlds, but he cannot succeed alone. Archer sets off to find other dreamtreaders in a desperate attempt to defeat the enemy terrorizing his friends and family.

▼▲
I'm the author/artist and I want to review Dreamtreaders - eBook.
Back
Back