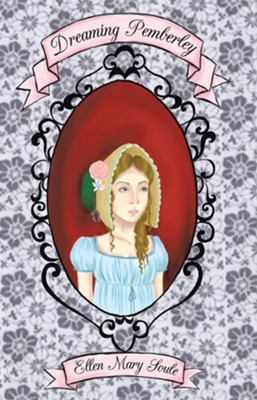 Who can ever get enough of Jane Austen's Pride and Prejudice? Who doesn't dream of strolling through stately shrubberies? Of reveling in Regency lore where luxury is silken, manners are refined, and the language reflects exquisite sensitivities and a decorum whose bonds we have managed to escape, yet we still find charmingly quaint?

Dreaming Pemberley is a mini-saga composed of four dreams that carry the Bennets, Darcys, Collins, and their friends forward in their lives through two generations.

Their journeys are fraught with painful detours and misunderstandings, and they are forced to grapple with character flaws as well as dastardly acquaintances. At one point, a member of the Collins household is deemed a witch! In the fourth dream, the famed equanimity of Pemberley is threatened by a disruptive cat.

However, felicity and redemption are persistent threads, and we rejoice when Anne de Bourgh's personhood is allowed to blossom, even though Lady Catherine de Bourgh feels strongly abused.

Mystery and surprise are found at various twists and turns. Georgiana's fate is beyond belief. And the late Mrs. Darcy's long-locked tea room engenders a renown that spreads as far as London much to Mr. Darcy's chagrin.

Over all, the gracious gentility that pervades Pemberley is a force for good and does much to soothe hearts and hurts.

▼▲
I'm the author/artist and I want to review Dreaming Pemberley - eBook.
Back
×
Back
×