Skip to main content
CYBER WEEK SALE: Up to 88% off, thru 12/6. >
Discovering Our Spiritual Identity: Practices for God's Beloved - eBook
By: Trevor Hudson, Dallas Willard
Stock No: WW85560EB 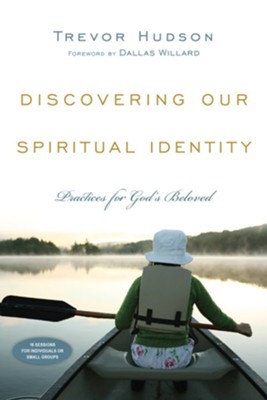 ▼▲
Each chapter in this workbook by Trevor Hudson is peppered with "holy experiments," simple practices that bring us into God's presence and help us experience life as his beloved. At the end of each chapter is a set of questions which are ideal for discussion with one or two spiritual friends or a small group. This practical and winsome book covers topics such as Wherever you may find yourself along the Way, a real and vital spirituality awaits you in these pages.

▼▲
Trevor Hudson has been in the Methodist ministry for the past thirty odd years, spending most of this time in and around Johannesburg, South Africa. Presently he is part of the pastoral team at Northfield Methodist Church in Benoni where he preaches and teaches on a weekly basis. He has written nine books, including and which have recently been published in the U.S. Much of his ministry has been shaped by two passions: helping ordinary people experience the transforming presence and power of Jesus in their everyday lives and helping people build the kind of local faith community which seeks to take seriously the suffering of those around them. His interests include watching sports, walking and running, discovering new places, reading and writing. Dallas Willard (1935-2013) was a professor in the School of Philosophy at the University of Southern California in Los Angeles for over forty years. A highly influential author and teacher, Willard was as celebrated for his enduring writings on spiritual formation as he was for his scholarship. His books include ( Book of the Year in 1998), and others. His books have received numerous Annual Book Awards and other recognitions. Willard served on the boards of the C. S. Lewis Foundation and Biola University, and was a member of numerous evaluation committees for the Western Association of Schools and Colleges. He received bachelor?s degrees from both Tennessee Temple College and Baylor University and a graduate degree at Baylor University, as well as a PhD from the University of Wisconsin in Philosophy and the History of Science.

▼▲
I'm the author/artist and I want to review Discovering Our Spiritual Identity: Practices for God's Beloved - eBook.
Back
Back