Skip to main content
NEW CYBER DEALS Save up to 90% thru 12/12  shop now >
By Design or by Chance?: The Growing Controversy on the Origins of Life in the Universe
By: Denyse O'Leary
Stock No: WW860034 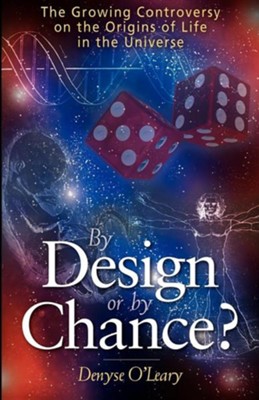 By Design or by Chance?: The Growing Controversy on the Origins of Life in the Universe

▼▲
O'Leary provides by far the broadast overview yet of the ID movement. she quotes ID leaders such as Phillip Johnson, William Dembski and Michael Behe. she also quotes their sternest critics, including Richard Dawkins, Stephen J. Gould and Michael Ruse. She writes about the Wedge movement, DNA, the age of the Earth, the search for extraterrestrial life, the teaching of ID in schools, and the monarch butterfly. She anticipates the culmination of the ID revolution by writing that Darwinism "was part of our folklore." Yet the evolutionary tales she relates are still widely taught as fact in many schools.This well organized guidebook of O'Leary's journey through the world of Intelligent Design has the potential to lead many of the next generation away from the evolutionary fables that now pass for science. Her book is must reading for anyone who wants to understand the history and significance of the Intelligent Design movement. It also belongs in college and even high school classrooms.Forrest M. Mims III, U.S. science journalistDenyse O'Leary has been a freelance writer since 1971. She specializes in science news of interest to faith communities for such publications as Christianity Today, Faith Today, and the Christian Times. She is the author of several titles including Faith@Science: Why Science Needs Faith in the Twenty-First Century, and it the Faith and Science columnist for ChristianWeek. She has written for newspapers, magazines, book publishers, and trade jounals, including the Globe & Mail, the Toronto Star, and Canadian Living.

▼▲
I'm the author/artist and I want to review By Design or by Chance?: The Growing Controversy on the Origins of Life in the Universe.
Back