Skip to main content
Defined: Who God Says You Are
By: Stephen Kendrick, Alex Kendrick
Stock No: WW948920 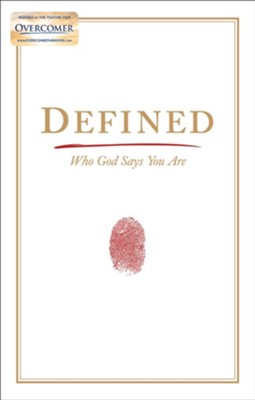 Defined: Who God Says You Are

▼▲
I'm the author/artist and I want to review Defined: Who God Says You Are.
Back
Back