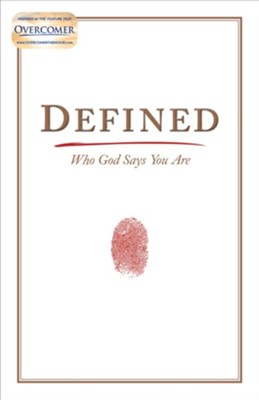 Defined: Who God Says You Are - eBook

▼▲
I'm the author/artist and I want to review Defined: Who God Says You Are - eBook.
Back
Back