Skip to main content
CYBER WEEK HOURS LEFT! Spot great deals up to 88% off. >
The Declaration of Independence: Forming a New Nation - eBook
By: Hal Marcovitz
Stock No: WW87002EB 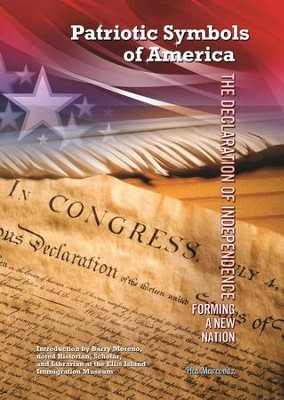 The Declaration of Independence: Forming a New Nation - eBook

▼▲
The issue of slavery had divided the nation for decades, but problems came to a head after the election of Abraham Lincoln as president in 1860. Fearing that Lincoln would attempt to abolish slavery, the legislatures of 11 southern states voted to withdraw from the United States and create a new nation, the Confederate States of America. This would result in four bloody years of Civil War in which more than 600,000 Americans were killed. The Confederacy adopted several flags between 1861 and 1865; the best known today is the battle flag, which featured a blue saltire cross on a red background. To some people, the Confederate flag is a proud symbol of Southern heritage and bravery. Others, however, view the Confederate flag as a symbol that represents the enslavement and oppression of African Americans. As a result, the Confederate flag is among the most controversial of American symbols.

▼▲
I'm the author/artist and I want to review The Declaration of Independence: Forming a New Nation - eBook.
Back
Back