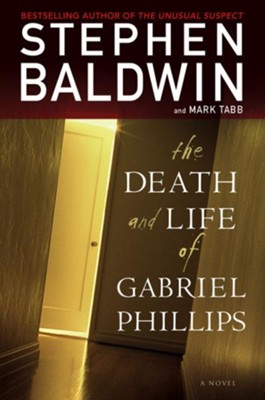 The Death and Life of Gabriel Phillips: A Novel - eBook

▼▲
When Officer Andy Myers met Loraine Phillips, he had no interest in her son. And he certainly never dreamed he'd respond to a call, finding that same boy in a pool of blood. Even more alarming was the father standing watch over his son's body. Myers had never seen a man respond to death-particularly the death of a child-in such a way. When the father is charged with murder and sentenced to death, he chooses not to fight but embrace it as God's will. Myers becomes consumed with curiosity for these strange beliefs. What follows is the story of the bond these two men share as they come to terms with the tragedy and the difficult choices each one must make.

▼▲
Stephen Baldwin, actor, family man, born-again Christian. Through an impressive body of work, Stephen continues to be a popular and sought-after talent in the film and television industry. Stephen makes his home in upstate New York with his wife and two young daughters.

Mark Tabb is the author of twelve books including Living with Less and Out of the Whirlwind. He and his wife, Valerie, live in Knightstown, Indiana with their three daughters.

▼▲
In recent years, Baldwin (The Unusual Suspect) has put his acting career on the back burner in order to develop his Christian ministry. Not surprisingly, his foray into fiction writing is part detective movie and part sermon. Religious fiction sometimes sacrifices plot development to preach a message, and Baldwin, unfortunately, is unable to avoid this temptation. The lead character, Det. Andy Myers, responds to a call and finds a boy he knows who appears to have been brutally murdered. The boy's father, an ex-con and recent born-again Christian, does not seem to be fazed by his son's death, believing him to now be in a better place with God. Myers is appalled by the father's lack of emotion and goes on a crusade to make sure he is convicted of his son's murder. Myers is the most three-dimensional character in the book and is developed with some skill. But he is surrounded by a number of unbelievable figures who obfuscate an uneven plot that ultimately does not satisfy. (Nov. 5)Copyright 2008 Reed Business Information.

▼▲
I'm the author/artist and I want to review The Death and Life of Gabriel Phillips: A Novel - eBook.
Back
Back