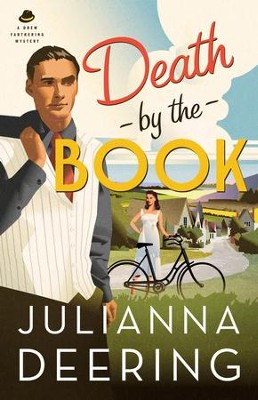 ▼▲
WHEN THE VILLAGE OF FARTHERING ST. JOHN IS Stunned BY A SERIES OF MURDERS, DREW FARTHERING IS DRAWN again INTO THE SLEUTHING GAME.


Drew Farthering wanted nothing more than to end the summer of 1932 with the announcement of his engagement. Instead, he finds himself caught up in another mysterious case when the family solicitor is found murdered, an antique hatpin with a cryptic message, Advice to Jack, piercing his chest.

Evidence of secret meetings and a young girl's tearful confession point to the victim's double life, but what does the solicitor's murder have to do with the murder of a physician on the local golf course? Nothing, it would seem--except for another puzzling note, affixed with a similar-looking bloodied hatpin.

Soon the police make an arrest in connection with the murders, but Drew isn't at all certain they have the right suspect in custody. And why does his investigation seem to be drawing him closer and closer to home?

PRAISE for RULES OF MURDER

"Readers will want to carve out uninterrupted time to read this mystery in one sitting. Red herrings at every turn will have them guessing and flipping pages until the shocking end."
--Chandra McNeil, RT Book Reviews

▼▲
Julianna Deering is the creator of the acclaimed Drew Farthering Mystery series. She has always loved British history and is a particular fan of the writings of Dorothy Sayers and Agatha Christie. She graduated from the University of Texas at Dallas with a degree in Business Administration and spent several years as a Certified Public Accountant. She lives outside Dallas, Texas. Learn more at www.juliannadeering.com.

▼▲
I'm the author/artist and I want to review Death by the Book, Drew Farthering Mystery Series #2 -eBook.
Back
Back