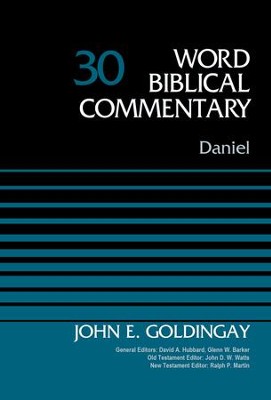 John Goldingay is the David Allan Hubbard Professor of Old Testament at Fuller Theological Seminary.  He is the author of Old Testament Theology vol. 1 (2003), Walk On (2002), Men Behaving Badly (2000), To the Usual Suspects (1998), After Eating the Apricot (1996), Models for Interpretation of Scripture (1995), and Model for Scripture (1994), as well as commentaries on Daniel and Isaiah.

▼▲
I'm the author/artist and I want to review Daniel: Word Biblical Commentary, Volume 30 [WBC].
Back
×
Back
×