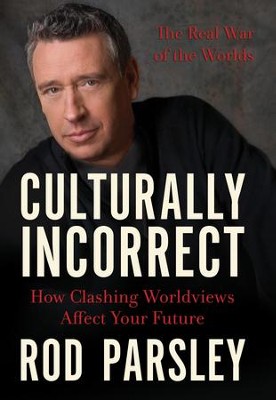 Parsley exposes the failure of the current generation of believers to engage the culture, present a relevant gospel, and lead/influence through service - and paints a vivid picture of the cost and implications of that failure.

Parsley explains how the culture wars have entered a new, critical phase for the United States, and discusses the areas in which this war is being fought (Cultural, Scientific, Geopolitical, Media, and Academia). He presents an understanding of the paradigms, assumptions, and values that animate the humanist, secularist, and neo-pagan enemies of Christianity in America and offers a strategy for winning this "war"-what he calls a New Great Awakening-and how evangelism, social action, and the engagement of culture fit into that plan.

▼▲
I'm the author/artist and I want to review Culturally Incorrect: How Clashing Worldviews Affect Your Future - eBook.
Back
Back