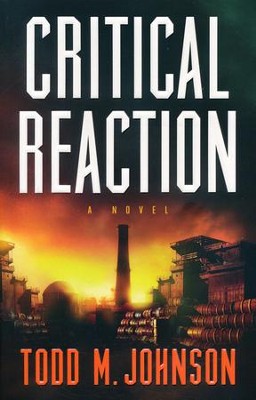 ▼▲
After decades of turning out plutonium for the arms race, the Hanford Nuclear Facility has long been shuttered, though its deadly legacy cannot be fully contained. The men who guard the facility from sabotage or monitor its buildings for radiation leaks are told the risks are under control. They believe it, until the worst happens: a thunderous explosion in the dead of night.

Two workers, lifer Poppy Martin and new hire Kieran Mullaney, believe themselves lucky to survive the blast. But as the debris is cleared, they discover their safety is not assured. Dead ends and closed doors halt their efforts to discover what really happened--and what radiation may have poisoned them. When stalling and threats force them into the hands of experienced trial lawyer Ryan Hart, they learn that theirs is no ordinary lawsuit. There is something still hidden in the desert of eastern Washington, and someone is willing to go to extreme lengths to make sure it never sees the light of day.

▼▲
When a Warning Siren Screams in the Desert Night,
the Worst Has Happened


After turning out plutonium for the Cold War, the shuttered Hanford Nuclear Facility's poisoned buildings may be a bigger risk than ever. The men who guard the facility from sabotage or monitor its buildings are told the dangers are under control. But then the worst happens--a thunderous explosion in the dead of night.

Kieran Mullaney survived the blast, but when threats and silence meet his attempts to discover what really happened, he reconnects with an old friend--inexperienced lawyer Emily Hart. Convinced Hanford is hiding something, they also realize their case is sunk without more help.

Emily's estranged father, Ryan, has the courtroom experience they need, but he's grown jaded and weary of the profession. Still, it's a chance to rebuild ties to Emily, and the deeper he digs, the stranger--and more dangerous--the case gets.

▼▲
I'm the author/artist and I want to review Critical Reaction.
Back
Back