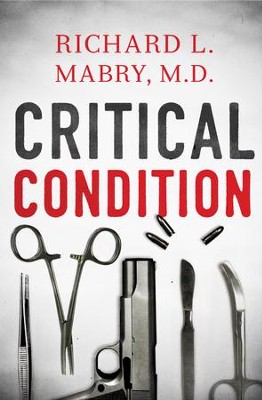 ▼▲
It began as a quiet dinner party honoring Dr. Shannon Frasier's colleague, but became a nightmare when a man was shot on her lawn, reviving emotions from a similar episode a decade ago. Then a midnight call from her sister, Megan, causes Shannon to fear that her sister is on drugs again.

Her "almost-fianci" Dr. Mark Gilbert's support only adds to Shannon's feelings of guilt, since she can't bring herself to fully commit to him. She turns for help to her pastor-father, only to learn that he's just been diagnosed with leukemia.

Shannon thought it couldn't get any worse. Then the late-night, threatening phone calls begin, the rough voice asking, "What did he say before he died?"

NOT THE SCENE OF A MURDER.

But the murder of a stranger on her front lawn is only the first in a string of events that have Dr. Shannon Frasier’s life teetering on the edge of chaos. She’s unable to make the deeper commitment her boyfriend deserves. Her sister shows up at her home needing a place to stay but with no promise she’ll remain sober. And her father is diagnosed with cancer.

Then Shannon’s life stops teetering and plunges into the abyss. Because the person behind the guttural voice on the phone wants to know what the stranger said before he died. And he won’t stop until Shannon gives him the information he wants—even if she doesn’t have it.

He’s coming for her. She’s not sure the police on the case can be trusted. And her only hope of escape—for herself and for those she loves—is to overcome her buried past.

▼▲
I'm the author/artist and I want to review Critical Condition - eBook.
Back
Back