Skip to main content
CYBER WEEK SALE: Up to 88% off, thru 12/6. >
Creation and Chaos: A Reconsideration of Hermann Gunkel's Chaoskampf Hypothesis
Edited By: JoAnn Scurlock, Richard H. Beal
Stock No: WW062792 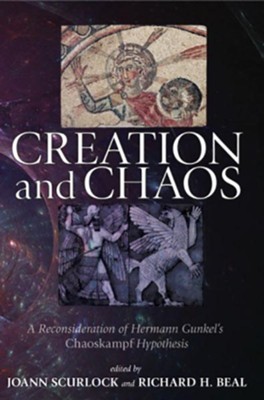 Creation and Chaos: A Reconsideration of Hermann Gunkel's Chaoskampf Hypothesis

Hermann Gunkel was a scholar in the generation of the origins of Assyriology, the spectacular discovery by George Smith of fragments of the “Chaldean Genesis,” and the Babel-Bibel debate. Gunkel’s thesis, inspired by materials supplied to him by the Assyriologist Heinrich Zimmern, was to take the Chaoskampf motif of Revelation as an event that would not only occur at the end of the world but had already happened at the beginning, before Creation. In other words, in this theory, one imagines God in Genesis 1 as first having battled Rahab, Leviathan, and Yam (the forces of Chaos) in a grand battle, and only then beginning to create.

The problem with Gunkel’s theory is that it did not simply identify common elements in the mythologies of the ancient Near East but imposed upon them a structure dictating the relationships between the elements, a structure that was based on inadequate knowledge and a forced interpretation of his sources. On the other hand, one is not entitled to insist that there was no cultural conversation among peoples who spent the better part of several millennia trading with, fighting, and conquering one another.

Creation and Chaos attempts to address some of these issues. The contributions are organized into five sections that address various aspects of the issues raised by Gunekl’s theories.

▼▲
I'm the author/artist and I want to review Creation and Chaos: A Reconsideration of Hermann Gunkel's Chaoskampf Hypothesis.
Back