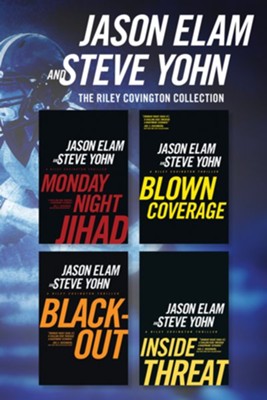 ▼▲
I'm the author/artist and I want to review The Riley Covington Collection: Monday Night Jihad / Blown Coverage / Blackout / Inside Threat - eBook.
Back
Back