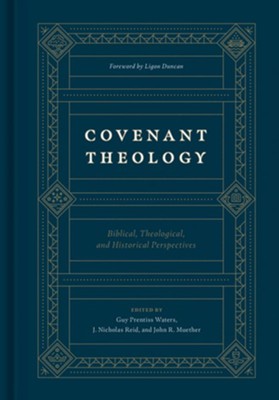 A Comprehensive Exploration of the Biblical Covenants

This book forms an overview of the biblical teaching on covenant as well as the practical significance of covenant for the Christian life. A host of 26 scholars shows how covenant is not only clearly taught from Scripture, but also that it lays the foundation for other key doctrines of salvation. The contributors, who engage variously in biblical, systematic, and historical theology, present covenant theology not as a theological abstract imposed on the Bible but as a doctrine that is organically presented throughout the biblical narrative. As students, pastors, and church leaders come to see the centrality of covenant to the Christian faith, the more the church will be strengthened with faith in the covenant-keeping God and encouraged in their understanding of the joy of covenant life.

J. Nicholas Reid (DPhil, University College, University of Oxford) is associate professor of Old Testament and ancient Near Eastern studies, as well as the director of the hybrid MDiv program at Reformed Theological Seminary, Orlando. He is also a contributor to the Cuneiform Digital Library Initiative. Reid and his wife, Blair, live in the greater Orlando area with their four children. He is a member of St Paul’s Presbyterian Church.

▼▲
I'm the author/artist and I want to review Covenant Theology: Biblical, Theological, and Historical Perspectives - eBook.
Back
Back